There are lots of ways we can reduce the emissions from transport, and many of them will also make getting around more pleasurable, more efficient and easier. And therein lies the rub – because if something gets easier, we’ll probably do more of it. 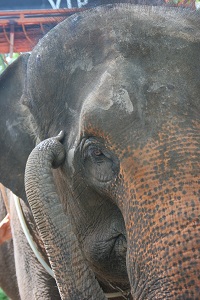 Let’s take a really simple example – you replace your petrol car with an electric one. Great, now the pollutant emissions for each mile you drive have been reduced (by how much is a debate for another post). And you save money too, because electricity is much cheaper than petrol.

Now you’ve invested all this money in buying your electric car, you can drive around for next to nothing, and feel pretty smug about it too. So, all other things being equal, you’ll probably drive more miles. In the jargon it’s called a ‘rebound effect’.

Of course it’s not quite that simple. In reality, our travel behaviour is influenced by all sorts of complex factors, but the simple fact is, travelling has costs and benefits. If we reduce the costs – time, money, stress – then people are likely to travel more to grab more of the benefits. That might mean buying a nicer house that’s further from your job, or making more leisure trips.

None of this is rocket science (now that would really increase total miles travelled). But when the solutions to our transport problems are debated, how often do you hear serious debate about reducing, or at least managing, the overall demand for transport?

Whether it’s hard-shoulder running on the M6, biofuels for aviation, high-speed rail or electric cars, the implicit assumption is that we can reduce the impacts of our current transport patterns. But time after time, we find that by the time the latest ‘solution’ is implemented, its benefit has already been negated by an increase in total miles travelled.

The roads protesters of the 90’s understood this, a central part of the case against the ‘roads for prosperity’ programme was that new roads just lead to more traffic. But that argument rarely strayed beyond the professional transport community – the media were only interested in tree-houses and Swampy, and the politicians only axed the programme because they realised it was going to cost a fortune in security guards. (It looks like we’re about to see a re-run of that scenario, but I doubt the debate will have moved on much.)

So what’s the answer? Will we forever be running to stand still? Transport emissions remain stubbornly high, and I would argue that rebound effects are a large part of the reason. Without a serious debate about overall transport demand we’ll never make progress.

There is work going on to address the issue, but it’s hardly part of the mainstream. At an event recently I found myself talking to someone from the Department for Transport, and I was delighted (and surprised, I admit) to discover that she was part of a team looking at overall demand management. It’s a good sign, but the cynic in me doubts whether they’ll ever be listened to seriously by the ministers.

In part two I’ll go on a journey in space and time, to consider how it might be possible to make transport better without making us want more of it!

3 thoughts on “The elephant in the room part 1: Running to stand still”