So, to recap part one, if we try to ‘fix’ transport without thinking about overall demand, we’re running to stand still. If we make cars more efficient they use less fuel, and emit less pollution, but since they’re cheaper to run we drive more miles, and we’re back where we started. If we ease congestion, people drive more. Even making public transport better has a similar effect. 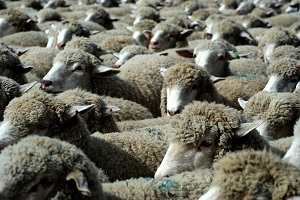 So what’s the answer? Well, like it says in the headline, this is about space and time. If we want people to travel less, thinking about where we put things is a no-brainer. But, and it’s a big but, we also have to think about time – because it turns out human beings are not the ‘utility-maximising’ decision makers that economists like to think we are.

So, the obvious factor first … space.  There are two elements to this – putting stuff closer together, so we don’t need to travel so much, and how we allocate space on the road, to ‘lock in’ changes in travel behaviour.

Ever since geographers first started thinking about urban sprawl in the sixties, we’ve been debating its effects on transport. Hardly a week goes by without a media story about out of town supermarkets, which we all drive to, killing off the high street. But equally, there are more and more stories about urban renaissance, high density living, and those out of town supermarkets coming back into town centres with ‘metro’ stores.

Essentially, a key element in constraining our demand for transport is to change planning, to favour denser communities, that can then economically support localised services. Lots of people have written about this, but for a good discussion try this chapter from Carbon Zero by Alex Steffen. The problem with changing spatial planning is that it takes a long time to have an effect.

A less discussed side of the ‘space’ debate is how we allocate road space to different modes of transport. Reallocating road space is the often forgotten key step in creating ‘modal shift’ – i.e. getting people out of cars and into cycling, walking or buses.

Let’s say you live in a city where all the main roads in are gridlocked from 8-9am. What happens if the council launches a big push for people to use park-and-ride, or cycle in to work. A year later there are thousands of people riding the bus, or cycling in, but the gridlock is just as bad – so what happened?

Well, the answer’s simple, as some drivers switched to other modes, other drivers took their place. Congestion usually means pent up demand – there are always people who choose to make some trade off to avoid a certain level of congestion (e.g. by driving to work really early, or not travelling at all), and if the congestion level falls, they re-evaluate that decision.

If our aim is to have fewer drivers, and so less pollution, then the uncomfortable truth is that gridlock is our friend. If we succeed in getting some drivers to switch to the bus or bike, we have to reallocate the road space they were using to those modes, by putting in bus and/or bike lanes, changing priorities at junctions, removing parking or whatever. The net result will be the same level of congestion for the remaining drivers, but that means they won’t be joined by any more.

The big problem is that promoting cycling, or investing in bus services, can be seen as promoting ‘choice’, but taking space away from cars is less of a vote winner. So elected councils only tend to do half the job. Note that the thing that will actually decrease the congestion level is to increase the monetary cost of travelling at that time, with a congestion charge. That’s because the driver’s decision on whether to travel is based on both time/stress and money. Of course congestion charges haven’t exactly proved an electoral favourite either.

So, there are things we can do to decrease transport demand, and lock-in modal shift, by thinking about space, but they take time and may not be popular. However, in part 3 I’ll explain why we also have to think about travel time and human psychology, because even changing the layout and roads of our cities may still see us running to stand still.